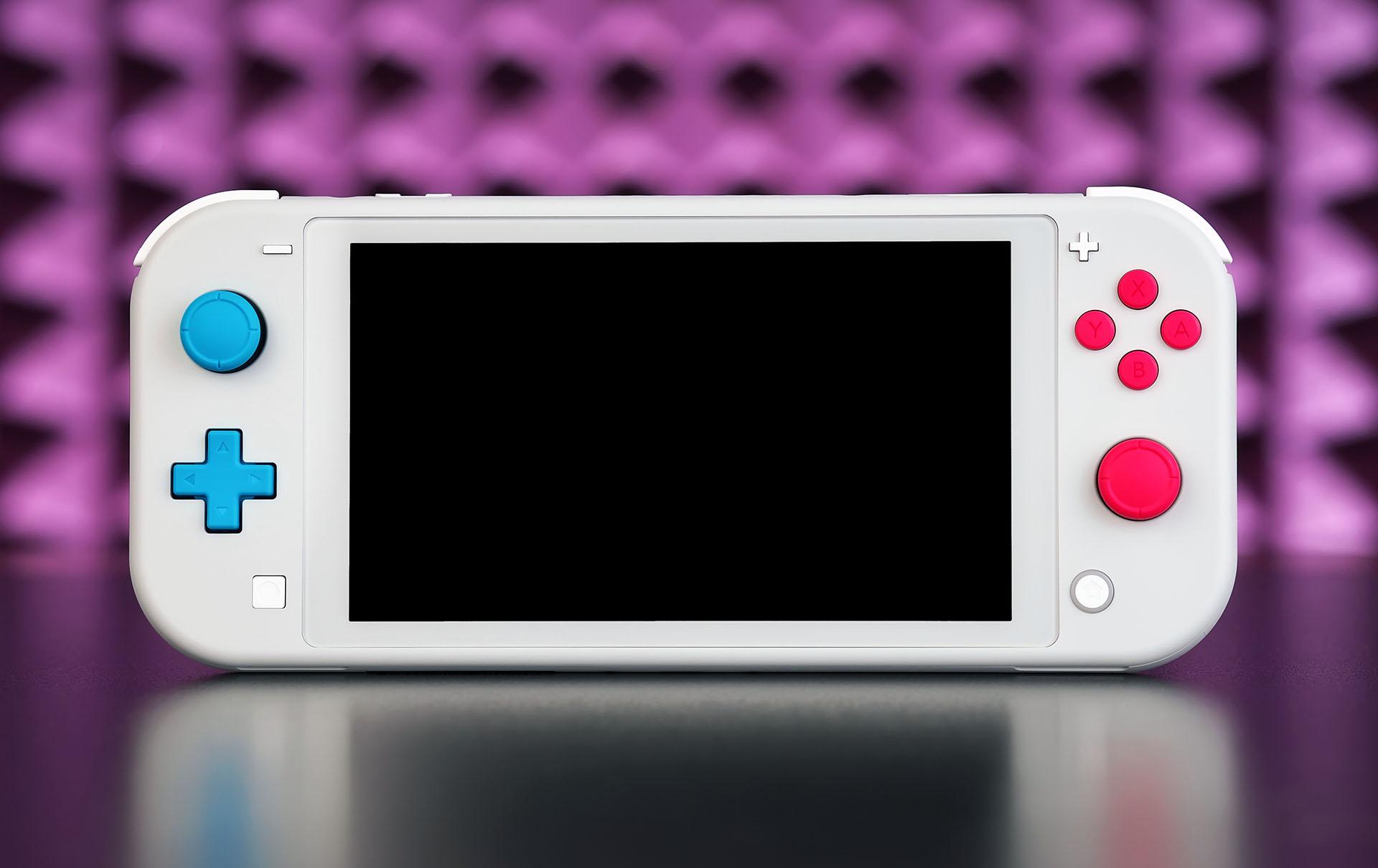 We often hear that Sony's PlayStation 2 has sold approximately 155 million units, making it the best-selling gaming console of all time. However, the console directly behind it? This device is portable. The Nintendo DS line, which includes the 2004 original, the DS Lite (2006), the DSi (2008), and the DSi XL (2009), has sold more than 154 million units. Without an active piece of hardware, these figures are not likely to change, but they demonstrate the significance of handheld gaming to the industry as a whole.

And for many of us, a handheld was the very first console we could call our own. Larger containers that resided beneath the television were shared playthings. However, portable devices? They are designed to be used by one person at a time, and while sharing is caring, it appears that you cannot achieve household harmony unless each child who desires a Game Boy receives one. Whether you still regularly use a handheld console or not, it holds a special place in the hearts and histories of gamers around the world.

We believe you already know about this topic. Even if you weren't around to play on a Game Gear, SEGA's 8-bit color handheld is often cited as the primary competitor to the Game Boy, especially in the United Kingdom and the United States. It has gone down in history as the unsuccessful system of the two rivals.

The Game Gear, which was essentially a Master System on the go, was a battery-hungry monster that felt good in the hands - chunky, heavy, and like a high-quality piece of equipment. And given that its asking price was significantly higher than that of the Game Boy, its premium feel was crucial. However, this aspect of the console contributed to its demise: children were unable to easily save their paper route money to purchase SEGA's offering, and sales remained relatively low (albeit considerably higher than the other colour handhelds of its era, the Atari Lynx and NEC TurboExpress).

The Game Boy successor was essentially a supercharged version of its predecessor. The Advance was essentially a SNES in your pocket, and it was a tremendous success. In hindsight, Nintendo's decision not to include an illuminated screen on the first landscape-oriented model of 2001 was a mistake; however, the company remedied this oversight with subsequent models, the SP (first front-lit, and later backlit) and the Micro. The Game Boy Advance remains popular among collectors due to the console's availability of approximately 1,500 games, in addition to its backwards compatibility with original Game Boy and Game Boy Color titles (Micro excluded). However, reproduction cartridges are prevalent in secondary markets, so anyone spotting what appears to be a good deal on eBay should research the distinctions between a genuine Nintendo cartridge and a counterfeit.

If the Game Boy Advance was a SNES in your pocket, then the Vita was the closest anyone will ever get to putting a PlayStation 3 in your pocket. The original model featured a magnificent OLED display, which was replaced by an LCD display in a later revision. Its twin-stick configuration provided players with control options comparable to their home console pads. What really hampered the Vita, however, was Sony's insistence on using expensive proprietary memory cards - a shame given the abundance of incredible indie games and old PS1 and PSP classics available on the Vita's eshop, for which you required said storage. The Vita can also be used to play PS4 games remotely, which is a cool feature that I've used a few times, but it does not work well with games that utilize both sets of shoulder buttons. It deserved better than its relatively low sales and reputation as a failure suggest, because at its absolute best, the Vita is a handheld to fall in love with immediately.

Nintendo's DS line was a clear success, given the number of units sold. However, it also exemplified the company at its most inventive and innovative. The dual-screen system - DS literally stands for Dual Screen - granted Nintendo and third-party studios the ability to create game experiences that were previously impossible. With wireless connectivity, a touch screen, and a microphone, you had a gaming console that allowed you to control the game in a manner that was radically different from the norm. Add compatibility with Game Boy Advance games, and what was not to like? The DS Lite enhanced the screen and battery life of the original model in 2006, and the DSi added digital cameras and an online store in 2008. (albeit at the sacrifice of the Game Boy Advance cartridge slot). Overall, a bold and brilliant piece of hardware from a company that, as this list demonstrates, truly understands the handheld market.

The PlayStation Portable - or PSP - is the only handheld system that has ever come close to competing with Nintendo's sales figures for handheld gaming systems. It could be linked to both the PlayStation 2 and the PlayStation 3, and its small screen was able to accommodate some fantastic widescreen adventures. The console was intended to be the "Walkman of the 21st century" by Sony, a reference to the company's phenomenal personal cassette player product line (I still have one). Now, the Walkman series sold approximately 400 million units, so the PSP isn't quite in the same league of success - but for a time, it appeared that someone other than Nintendo would be able to consume the largest portion of the handheld market.

Discs on a handheld? Perhaps the PSP's proprietary UMDs were an acquired taste, but there's something pretty cool about hearing them spin in your hands as you play. The original PSP (PSP-1000) was succeeded by the Slim & Lite PSP-2000, the PSP-3000 with its much-improved screen, the digital-only PSP Go, and the budget-priced PSP Street - the lack of wifi functionality on the PSP Street is largely irrelevant today. Lastly, if you still have one of these tucked away in a closet or drawer, a word of caution: their batteries have been reported to be bulging and breaking. Replacements are readily available online, thankfully.

The Switch's selling point as a console that fits almost any lifestyle is, brilliantly, absolutely spot on. This is yet another instance of Nintendo attempting something deliciously different and succeeding. The Switch qualifies for this list due to the fact that the 2019-released Lite model is a handheld-only option.

Do you require additional information about this? As a very modern, incredibly popular console, I don't believe it is necessary. The Switch is quite good, isn't it? Besides the drifting, of course. One of my 2017 Joy-Cons has begun to drift, and it's a real pain in the rear. The prospect of a 'Pro' or 'New' Switch with upgraded internals to deliver 4K visuals is an exciting next step for Nintendo - let's hope we'll get confirmation of this, relatively soon.

The Game Boy wasn't the first handheld console to use interchangeable games - that distinction goes to Milton Bradley's Microvision, which was released in 1979 - but it was the first system of its kind to make a worldwide impact on gamers.

With its green-tinted screen, the original Game Boy didn't look as good as competing handhelds; however, its low price and vast game library gave it a significant advantage over SEGA's Game Gear and the Atari Lynx. It wasn't intended to be cutting-edge; rather, it was intended to be entertaining, relatively affordable, and to offer games for every type of gamer, whether novice or veteran. Its pack-in title in the United Kingdom and the United States, Tetris, was an instant hit, and many more classics followed, including The Legend of Zelda: Link's Awakening, Super Mario Land 2: Six Golden Coins, Metroid II: Return of Samus, and Donkey Kong (1994).

The 1998 release of the Game Boy Color did exactly what the box promised: it added color to the Game Boy. All your old games were no longer limited to black and white (or green and slightly lighter green), and newer games made full use of the console's 56-color display. The Color remained on the market until 2003, when Nintendo retired the original Game Boy brand to focus solely on the Advance - and, shortly thereafter, to launch the DS.

The games come first and foremost. Super Mario Bros., Fire Emblem, Mario Kart, Animal Crossing, Pokémon, Kirby, and other long-running Nintendo franchises have exceptional entries in the 3DS's phenomenal library of games. Then you realize that (nearly) the entire DS library is compatible with the 3DS family as well. According to Wikipedia, more than 1,300 3DS games and nearly 2,000 DS games are currently available... That is a large number of games.

Virtual console functionality. Game Boy Advance, Nintendo 64, and Super Nintendo - if you connect the 'failed' home console to the internet, you can play some incredible games on it. However, as far as handhelds go, the 3DS is the best handheld for previous-generation winners, with downloads available for pennies. Yes, SEGA games are available, along with NES, SNES, Game Boy, Game Boy Color, and Game Gear games. The selection is fantastic. The 3DS is the console to play classics on the go (at least until the Switch offers more than its Online Service subscription, anyway).

When 3D works properly, it is magical. In 3D, the M2 versions of SEGA classics like Sonic the Hedgehog 2 and Outrun look incredible. Pullblox (or Pushmo) is a fantastic puzzler that utilizes the console's stereoscopic capabilities to great effect; and major titles such as The Legend of Zelda: A Link Between Worlds and Super Mario 3D Land are much easier to navigate with the 3D on (IMO, obvs). As evidenced by the 2DS lineup, it is not necessary to play these games in 3D; however, it is preferable to do so for certain titles.